The Economic Impact of Local Spending 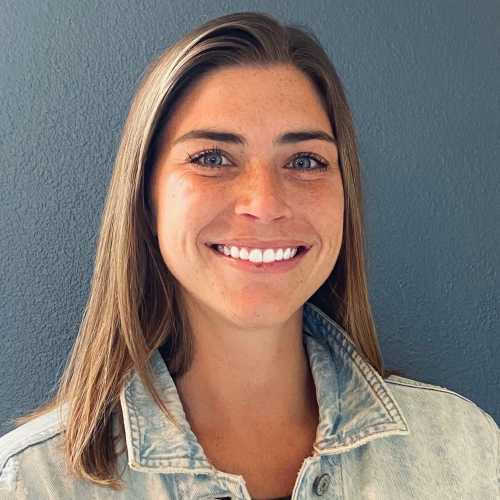 Kelsey is an Enterprise Sales Executive and an AWS partner within the cloud. She started her career in IT staffing and has spent the last several years working in technology sales. She is passionate about remote work, diversity and inclusion, and traveling.

Being quarantined in my San Francisco apartment for the last few months has allowed me to reminiscence and reflect quite a bit. This year has been riddled with lay-offs, hiring freezes, and relocations- to name a few of the changes in my life and the world around me. I’m incredibly grateful for the career I have in technology sales. I was fortunate enough to join Virtasant, back in April as an Enterprise Sales Executive, and I’m thankful that tech was a career path I was attracted to because it has opened the door to remote work and the expandable options that the world brings. Getting here has been quite the journey.

I was nine during the Y2K scare during the year 2000 when tech was becoming more and more ingrained in everyday life. However, this was back when dial-up internet was the only option, and you had to choose between being online or receiving calls. Back then, a brand new desktop computer could cost around $2700 (over $4000 with inflation). Despite being middle class, my family was able to have more than one in our house; I'm grateful that my parents embraced technology and considered it an investment early on. It allowed my twin brother, Devin, and I to immerse ourselves in technology at an early age, setting us up for the careers we have today. He graduated as a software engineer while I pursued business with an emphasis on technology sales. Choosing a major at Michigan State University and getting through college was one challenge; the next would be finding suitable work.

I grew up in Lansing Michigan, relatively close to Detroit, and lived through what is now known as “The Lost Decade.” Between 2000-2009, our state’s economy suffered the fourth worst economic drop that any state has experienced since the Great Depression. Michigan then became one of the states with the highest rates of unemployment in the country.

Detroit was historically known as the “Motor City.” Henry Ford produced the first car in his home of Detroit and subsequently kicked off the auto industry over 100 years ago. Our state economy heavily relied on the auto industry since its inception in the early 1900s. So, when General Motors and Chrysler filed for bankruptcy just as the country entered a recession in 2009, prospective local career opportunities diminished along with it. This dramatic shift was just in time for my freshman year at MSU. 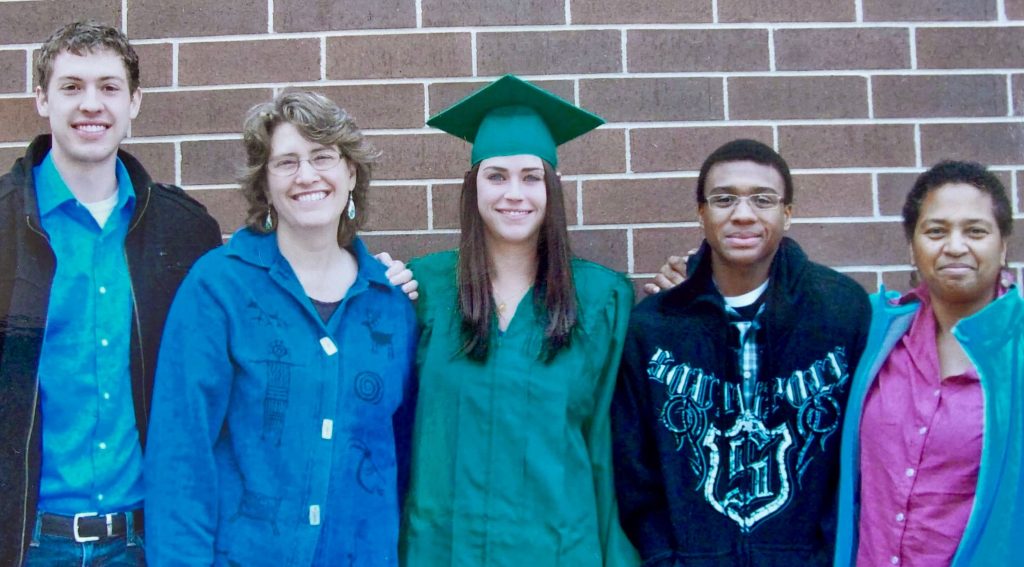 Kelsey with her siblings and mothers on her graduation from Michigan State University.

My brother and I entered college in fall 2008, a few weeks before the Lehman Brothers filed bankruptcy. Because the economy in Michigan was already one of the worst in the country, it was hard to imagine living there after I graduated. Devin and I often talked about how we knew that upon graduation, we would need to leave Michigan if we wanted to provide ourselves with the best opportunities for our lives and careers. We both ultimately moved to Chicago after graduating because it was the closest thriving city in proximity to home for us to start our careers.

Little did I know at the time that we both contributed to what is known as Brain Drain. In its simplest definition, Brain Drain refers to a situation where all or the majority of talented, skilled, or otherwise capable resources within a given field or geographic region leave the area because of various factors including lack of high-paying jobs. These people are not so affectionately called the “leavers.” The US Congress produced a map displaying which states have a higher rate of “leavers” versus “stayers.” The year I graduated from college, 2012, Michigan along with 16 other states, had the highest rate of leavers in the country.

At that time, leaving for me was a form of survival and to ensure professional growth. Companies that Michigan significantly relied on for economic growth in previous decades moved as manufacturers began offshoring or filing bankruptcy. If the majority of the highly skilled graduates are leaving the areas they grew up in, what happens to those local communities relying on the next generation to sustain growth?

“For leavers like myself, we are left to chronically miss home and the families we left behind there. But, how could I have stayed in Michigan, even if I wanted to?”

Imagine that you spent $100 at local shops and restaurants. The same $100 is then recirculated back into other local goods and services six times before it leaves the local market through external purchases. In theory, your $100 contribution to local products and services circulating six times has increased the local economy by $600. The more times this process can repeat, the more thriving the local economy will become. In its purest form, this is called the Local Multiplier Effect.

There are several elements behind the scenes that go into calculating the multiplier effect given the industry and location, along with whether the spending has a direct, indirect, or induced impact on the local economy. Civic Economics has conducted the majority of studies attempting to quantify the difference in local economic returns between local independents and chain businesses. Their studies have consistently shown that purchases at local independent businesses recirculate wealth significantly more than purchases at chain stores. Another point to consider is online purchases. If you were to spend all $100 online, you would be helping the local economies of wherever those products are coming from, which is excellent for their local economies, but not for your own. The latter being more significant as technology expands out access to goods online.

What’s also been happening over the last couple of decades is that the highly skilled talent and the ones who can influentially support increasing local economies have moved to metropolitan areas to maximize their career opportunities. This migration has created a significantly disproportionate gap of wealth between rural and urban areas that have been growing during the last couple of decades.

As companies have embraced the concept of remote work, COVID-19 expedited the global adoption period by quite a few years. With major Silicon Valley companies such as Facebook and Twitter announcing that they will allow their employees to work remotely indefinitely post-pandemic, it’s evident that this workstyle shift is here to stay. I knew before even entering college that I needed to leave the state for economic opportunities. For leavers like myself, we are left to chronically miss home and the families we left behind there. But, how could I have stayed in Michigan, even if I wanted to?

The impact of local economic growth and failure has been an obsession for my entire career. If the concept of remote work had been around back in 2000 when Michigan started feeling the effects of the local economy dropping, maybe the state wouldn’t have had such turmoil in its economy for the last 20 years. Simultaneously, the technology didn’t exist back then to make working remotely a feasible option; that is no longer the case today. The local multiplier effect only works if you can shop locally, which directly correlates to economic growth and sustainability. Technology enables us to work from anywhere, dispersing economic opportunities for people no matter where they live, not just those fortunate enough to live in a specific geographical location.

Removing the barrier of location gives companies access to top talent anywhere in the world and can distribute income proportionally across the entire country. Despite the incredible heartache that COVID-19 brought the world in 2020, it has provided the perfect case study for a post-pandemic future. One that is teeming with possibilities surrounding how local economies can improve through better wealth distribution, how companies can grow in diversity and inclusion, and how tech can continue to lead the way through this new journey. For the first time in a long time, I am highly optimistic.