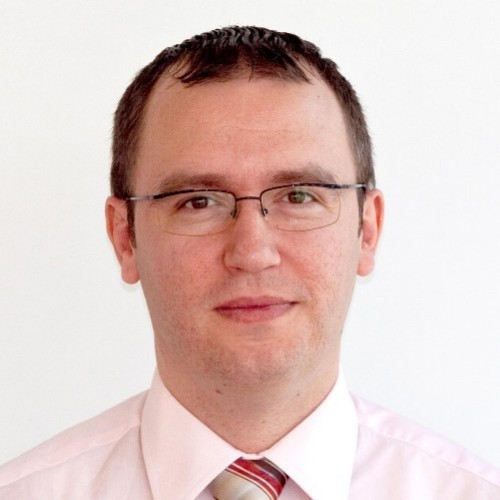 Mensur has extensive experience in all aspects of corporate IT, from networking and VoIP, to infrastructure planning and hardware deployment. He's also an avid tech enthusiast and reviewer.

Hypervisors have become faster and more innovative in the last five years. In this comprehensive guide, we explore types of hypervisors and their different uses.

In a hypervisor environment, the physical hardware is called the host, while the virtual machines that use the virtualized hardware resources are called guests.

Hypervisors underpin cloud computing technology by subdividing large and powerful physical machines into smaller units, which are easier to sell, maintain, and scale should the need arise. Hypervisors are fundamental in that they’re used by cloud vendors but generally operate unnoticed by end-users. Ultimately, the user gets an easily scalable and reliable virtual machine, while cloud vendors maximize the utilization of their hardware resources, thus allowing them to price their services competitively.

A Brief History of Hypervisors

The first hypervisors running full virtualization were the IBM experimental tool SIMMON and the CP-40 system in the late 1960s. SIMMON was created and used in the IBM Product Test Laboratory for research, while the IBM Cambridge Scientific Center developed the CP-40 that was quickly implemented and released as CP-67. These highly specialized tools were built for research purposes.

There are two distinct types of hypervisors used for virtualization - type 1 and type 2:

Type 2 hypervisors are installed and run on a conventional operating system like any other computer application. They are usually deployed on desktop computers and workstations to run a different OS or to run a separate instance of an OS. Popular type 2 hypervisors are VMware Workstation, Oracle VirtualBox, and Parallels Desktop.

Some of the key benefits of using a hypervisor and hosting multiple virtual machines are:

Even the best hypervisors will cause a 1% to 5% reduction in performance leading to one of the downsides of its use: there tends to be incremental performance drops.

To provide some context around the various uses of the two types of hypervisors, we’ll dive into the most popular hypervisors being used today.

Hyper-V, Microsoft’s hypervisor designed for Windows systems, is considered type 1 according to Microsoft. It runs on Windows Server Core, but Hyper-V inserts itself below the operating system and runs directly on the physical hardware.

While they are similar in some ways, containers and hypervisors are not a choice you have to make. Indeed, Hypervisors and containers are typically utilized simultaneously.

Popular containerization tools, like Docker, can create and run multiple containers on the host’s Linux kernel. Every container has its specific network stack and its own process space, including all of the underlying dependencies required to run the application. Containers do not contain the operating system, so they are very compact, and start up in milliseconds. Containers provide an excellent platform for building and sharing packaged, ready-to-run applications, and microservices.

Hypervisors provide a secure environment for virtual machines, isolated from the rest of the system. In a modern cloud environment, virtualization and hypervisors are so common that cloud providers take care of hypervisor security and VM isolation.

Critical vulnerabilities cause the most significant security risk in the design of modern Intel, ARM, and IBM’s Power CPUs. These vulnerabilities were discovered and made public in 2018 under the names Meltdown and Spectre. The cause of these vulnerabilities was a design flaw in the CPU’s out-of-order execution mechanism. And because it is baked into silicon, there’s no easy way to get around the defect.

Hypervisors were affected in that different VMs on the same fully virtualized hypervisor could not access each other’s data, but different users on the same guest instance could access that data. The only way to mitigate this security risk was by changing the operating system kernel code to add increased isolation of kernel memory from user-mode processes. Software vendors quickly responded with updates to their operating systems and hypervisors, but with a performance drop between 5% and 30%, depending on the use case. In October 2018, Intel reported that they solved these issues in their latest CPU range.

Hypervisors are a fundamental cloud computing technology. Almost every cloud service in use today relies on them. From a hardware standpoint, the ever-increasing number of CPU cores and their performance boosts stand to offer even more potential.

Hypervisors will likely find their way to even more applications and platforms as technology expands. The demand for cloud services remains robust, the hardware is evolving to offer even more opportunities for cloud deployment, and software engineers worldwide are working tirelessly to keep up with demand and harness even more power and efficiency from cloud-based systems. The sooner we understand the need and benefits of hypervisors, the better off we will all be.

What is an example of a Hypervisor?

The best example is VMware Workstation Player. It is a type 2 hypervisor that is easy to install on your computer, like any other application. It creates and runs isolated virtual machines on top of your computer’s OS. You can easily allocate resources like memory, CPU cores, and storage to your virtual machine.

What are Hypervisors used for?

Is a Hypervisor an operating system?

What is the difference between Hypervisor and a Virtual Machine?

A hypervisor executes and manages the resources of virtual machines on the host machine. A virtual machine is an emulation of a computer system running on the virtualized hardware layer created by the hypervisor.