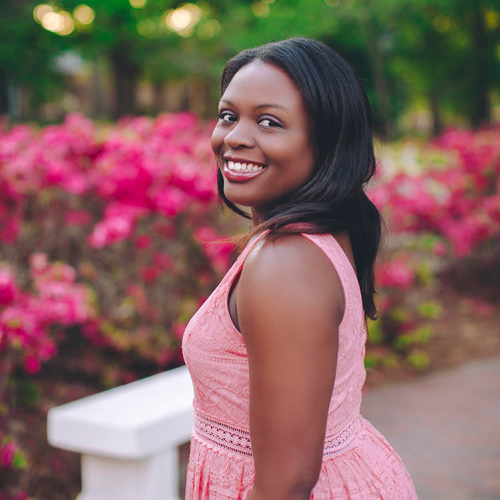 The growing trend of tech bootcamps provides alternatives to an otherwise lengthy and expensive education in tech - but are they serving Black women?

Three percent is the abysmally low percentage of Black women in the United States that hold computing jobs in tech. Although I didn’t join their ranks in 2015 when I graduated with a journalism degree, I still accepted my first job in tech as an Enterprise Resource Planning (ERP) Sales Representative. I had no technical background outside of being able to efficiently use Excel and other Microsoft productivity tools for coursework. But, as I continued to get my feet wet and learn more about ERP solutions, I considered enhancing my non-existent technical skills so I could move into a more lucrative position of actually creating the tailor-made solutions. (Spoiler alert: I didn’t).

Back then, enrolling in a bootcamp was a competitive option to get on-demand certifications in subjects such as coding, data science, user experience, and digital marketing. Since August of 2019, there has been a steady four percent growth in the bootcamp market. There were more than 90 in-person programs and 17 online-only courses offered in the US, grossing about 460 million dollars. But although the growth stemming from bootcamps like General Assembly (GA), Udacity, App Academy, Thinkful, Springboard, and countless others, is upwardly trending, is it a viable option for Black women looking to break into tech?

“Women only made up 35% with no data showing a cross-section of race and gender, so we can only imagine how few of that nine percent were likely Black women.”

The perspectives are far from cut and dry. If you review the statistics around enrollment from just last year, Black women aren’t making a dent in the participation rate. According to the 2019 Coding Bootcamp Alumni Outcomes and Demographics Report, there was a 70 percent and 12 percent split of White and Asian graduates, respectively, while only nine percent identified as Black. Women only made up 35 percent with no data showing a cross-section of race and gender, so we can only imagine how few of that nine percent were likely Black women.

So the question has to be posed: how much access do Black women have to get into these programs and reap the benefits of securing a technical job in tech? What barriers continue to exist as companies across the US scramble to figure out how to hire and retain diverse talent? It’s important to note that the same barriers of entry Black women face to enter the tech industry, still rear their ugly head in getting into tech bootcamps. Stacie Brodie would know. She’s a Black woman who serves as an Instructor Manager at General Assembly in Austin, Texas. Brodie believes that increasing equity in technology includes pushing for more access in bootcamps. She fears that until Black women are given a safe space within the industry to thrive and be successful, it’ll be hard to keep them in the field.

After surveying five Black women who either completed a bootcamp or were currently enrolled in one, the most considered barriers of entry were cost and time. For the cost of tuition, a lot of bootcamp programs offer 1:1 mentorship, student communities, career readiness services, and professional alumni networks. Although job placement isn’t guaranteed for most of these programs, Thinkful, Springboard, and GA offer top employers an easy way to hire their graduates. Lynette Davis, a recent 2019 graduate, who completed Udacity’s UX Designer Nanodegree Program, said she had to “compare the experiences to the costs” when deciding between them or Thinkful. More than a third of the bootcamps in 2019 set their tuition between $10,000 to $15,000, so you can imagine how staggering the price tag was for Davis who’d just graduated with student loan debt and lost her first job due to COVID-19. For many people looking to transition into a tech role through a bootcamp, most are only prepared to enter a junior level role. So with Black college graduates only making about $36,000 a year in their first roles, it just doesn’t seem worthwhile to pay as much as half of their salary back to attend one of these bootcamps.

“Black women still have other variables to take into consideration, including the amount of time it takes to secure a job post-completion.”

Similar to traditional schools, applicants can apply for financial aid and scholarships if they can’t afford to pay for their certifications out-of-pocket. Skills Fund and Climb Loans are popular loan options, while some students can pay in installments, or sign income shared agreements (ISA). Thinkful even offers an income shared option with a living stipend of $1500 a month that students only start repaying once they have landed a job. Chanel French, another woman interviewed, took out a Climb Loan to complete her full-time UX Design Immersive Online certification from GA last year. It took her three months to get a job at a tech company as a UX Designer. Another form of an ISA is App Academy’s spin on their tuition limit option, where there are no upfront costs and they collect upwards of 28 percent of the first year’s income (only for standard Deferred Plan). Despite these various opportunities, Black women still have other variables to take into consideration, including the amount of time it takes to secure a job post-completion. Given the statistics on race, gender, and pay, they continue to be at a disadvantage in the job market.

Once prospective students review their program’s funding options, schedule, and length of time to complete the certification has to be considered. A lot of these programs, whether full-time, in person, or self-paced online, demand a lot of time from participants. Because of this, it’s highly suggested not to go into a bootcamp “dry”, with no technical knowledge gleaned on your own. For Nichole Anderson, who completed a 19 week on-site and remote course with Dev Bootcamp in 2015, it’s a massive sacrifice for people to quit their jobs and solely focus on the camp. At the time, she had just left her job as a program coordinator for Black Girls Code in San Francisco and didn’t want to jump into a role she wouldn’t be happy with. Nichole was inspired to break into tech by the young girls she saw coming in and out of BGC. She didn’t have a technical background but knew she didn’t want to go back to school to get one, so a coding bootcamp was a better option for her. She did a bit of studying on her own before vetting out four camps in the area and then applied to two, Dev Bootcamp (now closed) and Hackbright - an all women’s engineering school.

Hackbright brought about another set of challenges--a lack of diversity. Not seeing a representation of other Black women (and Black people in general) can produce negative effects for those looking for a safe space to grow, learn new skills, and network. Not having a diverse set of mentors and instructors for students is indicative of the tech industry in general. But to combat this, some programs offer scholarships for POC and other underrepresented communities to increase their enrollment. The GA’s Opportunity Fund gives a full ride to low-income, career-changing individuals, with a special focus on underrepresented communities in technology careers. Because intersectionality eludes Black women, a financial aid opportunity that fit her demographic was not readily available, so Anderson applied to and received two scholarships for Dev Bootcamp, one geared toward women and one for minorities. Nevertheless, it is a reminder that certain experiences are still overlooked by employers and academic tech spaces.

The market is saturated with bootcamps at this point. And because of it, there are quite a few factors to encourage and dissuade Black women from applying to them. Each journey will be different, but the factors to take into account before beginning the journey are consistent- time, cost, and mindset. Do you have time dedicated to learning new skills? Do you have the financial capability to fund or take out loans for the program? If not, are you willing to put in the work to apply for scholarships? And do you have the mindset to be in a structured program, where diversity may be lacking? Black women experience lower salaries and a harder time securing employment and thus have varied factors to consider when deciding to embark upon an uncertain journey. Bootcamps, though acknowledging the systemic barriers to entry, have more work to do to truly make them equitable.

Trap Bob is a visual artist, illustrator, and animator based in Washington, DC. Her work is socially conscious and frequently inspired by activism and community issues, with an aim to bridge the gap between her audience and her message. See more of her work at trapbob.com.