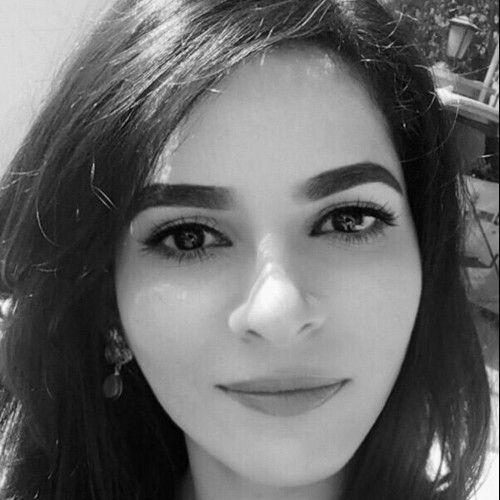 Sitwat is a freelance writer and founder of Futuristic Content. She writes on cloud computing, cyber-security, data science, and management systems.

Despite the myriad of myths, ethical hacking is necessary in today's climate.

As the US 2020 presidential election enters its final stage, it's interesting to see what impenetrable cybersecurity could achieve. Both Microsoft and Google reported having detected increased cyber-hack attempts targeting more than 200 politically affiliated organizations by a number of foreign hacking groups from Russia, China, and Iran.

According to the head of Google's Threat Analysis Group, Shane Huntley, these cyber-attacks have yet to be successful. These unsuccessful attackers include the Chinese hacking group, Zirconium, targeting individuals in international affairs or policy organizations, an Iranian group, Phosphorus, which unsuccessfully attempted to access information about Trump's campaign staffers and White House officials and  Russian hackers, Strontium, bidding to snoop on hundreds of organizations and groups linked to both the Republicans and Democrats.

What is it that is preventing the repeat of the 2016 election where Strontium was reported to have successfully harvested a massive amount of data that compromised a lot of people's personal credentials and their voter accounts? A highly competent ethical hacker.

“Because frankly, who is better equipped to fight a hack than someone who knows how to launch one? ”

From threat researchers, event responders, vulnerability detectors to post-breach analysts, all of them are working behind the scenes to keep the election infrastructure and overall internet secured and functioning. People usually don't notice or understand the backend workings of the cyber world. Ethical hackers stand between cybercriminals and our world of the internet, and without them, we would suffer grave, daily instances in our personal and professional lives.

What is Ethical Hacking?

Ethical hacking is the practice of identifying vulnerabilities and loopholes of data computer security by a systematic approach to penetrate a system with the owner's permission. The primary purpose of ethical hacking is to evaluate any given system infrastructure or network's defense mechanism to recognize the weaknesses that could be misused by a malicious hacker. The processes of ethical hacking include locating and attempting to capitalize on any found vulnerability to determine the possibility of unauthorized access.

The five essential phases of ethical hacking are:

Profile of an Ethical Hacker

All the hackers, malicious or otherwise, begin their careers with similar education and practices. However, some of them are recruited by crime-fighting bodies or national security agencies to put this highly in-demand skill set to good use. Because frankly, who is better equipped to fight a hack than someone who knows how to launch one? And this is precisely what elevates a regular hacker to the viability of an ethical hacker.

Simply put, ethical hackers conduct a vulnerability assessment and penetration testing for any establishment that has its system or network connected to the internet. They use their specialized skills and techniques to bypass security in order to track insecure configuration and operational weakness.

The most common types of hackings that an ethical hacker is required to perform are:

Cyberattacks, or more likely cyber warfare, given the highly conflicted situation between many global “bigwigs” as well as known and unknown terrorist organizations, are on the rise at an astonishingly rapid pace. Countries are funding cybercriminals to break into others' security systems and compromise their national security. These cybercriminals are also hired to break into organizations’ that facilitate black hats against other companies to extort huge sums by implanting malware, e.g., ransomware or spyware, in their systems. The Q2 2018 Threat Report estimated the average distributed denial-of-service (DDoS) attack increased by 500% a year, where the victims are denied access to their own systems.

The substantial investments against the average cost of a data breach, which is estimated to exceed $150 million in 2020, make the collective technological security spending reach the trillion-dollar mark globally. Businesses are continually looking for white hats to fight the ever-increasing cyber threats.

Some of the critical roles that ethical hackers play to maintain the full proof security of an organization's computing sources include:

The main use of ethical hacking is to detect the security gap on behalf of system owners. Ethical hackers evaluate organizational systems by performing several penetration tests to help companies identify and document security lapses. Post-evaluation, they present a report to companies that contain areas that can potentially be exploited. Companies then use this data of test results and make appropriate decisions to ensure optimal security against cyberattacks.

In this role, ethical hackers demonstrate exclusive hacking techniques that black hats employ to launch a targeted attack on their systems for company executives. This practice is based on the tested theory:  that companies as well as individuals who possess an in-depth knowledge of cybercriminal routines are in a better position to prevent threats by preempting their possible methods. The survey conducted by Allianz Global Corporate & Specialty (AGCS) of 2,718 executives across 100 countries ranked cyber threats as the most critical business risk globally in 2020. Ethical hackers understand how unethical hackers operate. They recognize the techniques black hats use and train the security professionals within the company against cyberattacks.

Ethical hacking or not, the techniques required to break into any system are generally the same as those utilized by black hats or even gray hats to attack their target. Some of the most frequently employed hacking techniques are as follows:

Scanning ports is one of the most popular hacking mechanisms used by all kinds of hackers to locate vulnerabilities. There are several port scanning tools like Nmap or Nessus, which allow hackers to systematically scan a system. These scans are conducted to identify open ports and explore each port's vulnerabilities to devise a competent counteractive plan.

The patch installation process involves getting a software patch issued by a company at the merest hint of security failure. This patch is a small bit of software that covers the gap in order to prevent the exploitation of a failure. Assessing patch installation ensures that no new vulnerability is introduced by the software update necessary for its efficient and safe run.

Ethical hackers perform network traffic analysis and wiretapping for suspicious traffic by using specialized manual and automated tools such as firewalls and IDS. It involves network traffic monitoring to ensure the security of general network operations by reviewing the granular data and statistics. The wiretapping is pretty much the same as phone tapping, where ethical hackers monitor the inflow of every bit and packet within network traffic.

Social engineering is another very useful technique used by ethical hackers to gain an organization's computing environment information by manipulating the end-users. The standard way to scale any computing situation is by delving into the social media posting to engage the target in phishing attacks.

Ultimately, if we can confidently forecast anything about the decade away world, surely ethical hacking is not only here to stay, it is smoothly going to transition into the future as an exceedingly crucial career and an important investment for businesses to cultivate a secured environment.

How to Trim the Bloat From Your Cloud Architecture