Data Scientist, Tiffany Kelly, Is Changing the Game for Women in STEM 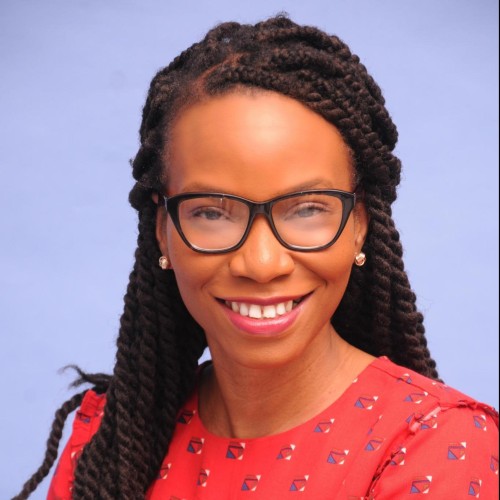 Nasha is a sports, pop culture, and business writer born and raised in the Caribbean island of St. Lucia. Her writing has been featured in Business Insider, Sports Illustrated, Observer, and Travel Noire. Her interests are intercultural communication, diversity and inclusion, and education.

After becoming the first Black woman to join ESPN’s sports analytics team, Tiffany Kelly’s search for her place led to a groundbreaking career in STEM leadership.

Data Scientist Tiffany Kelly’s professional trajectory might have looked very different, were it not for Will Ferrell. A lifelong athlete growing up in Baton Rouge, Louisiana, Kelly knew she wanted a sports career. As a high school senior, this ambition is why she sought out an opportunity to shadow the marketing team for the then-New Orleans Hornets of the NBA at the former New Orleans Arena. Ferrell’s presence at the game threw a curveball into those plans. “They were really busy because Will Ferrell was there that night, so they kind of stuck me with the stats guy,” she recalled. Despite her initial disappointment, the result of this last-minute post helped Kelly realize the social currency that came with being a member of the statistics team.

“Honestly they had a really cool job. I just started noticing everybody knew them in the arena. Of course, they were all white men, but they were very well-respected, and they could go anywhere in the arena. I had an all-access pass that night. They would go into the locker rooms and the president’s suite because they would drop off their analysis.”

“I wanted to have a career in sports where I wouldn’t be discriminated against.”

As a daughter of the South, Kelly was well-versed in the inequities that typically plague minorities, particularly women of color, in the workplace. Her parents had schooled her on being aware of the underlying microaggressions that came with her race and gender but advised against letting those factors limit her progress. Numbers don’t lie, and in sports analytics, Kelly saw the ultimate equalizer and a mechanism to keep her employers honest.

“I wanted to have a career in sports where I wouldn’t be discriminated against,” she admitted. “I think that numbers are the most unbiased thing in the industry, and so I knew that if I had the same numbers as a 30-year old white man next to me you couldn’t really discriminate against me, so that’s literally why I chose that career path.”

Armed with this new goal, Kelly dedicated herself to learning as much as she could about sports analytics. At Nova Southeastern University in Miami, she majored in sports management to gain a firm foundation in business, marketing, and finance. She supplemented her education with courses in database management, statistics, grad-level statistics, and computer programming — everything that she would need to marry sports and tech. It was quite the about-face for the girl who grew up hating math.

“Statistics isn’t really math,” Kelly clarified. “It’s like real-world math. It’s not like I’m doing calculus. It definitely is something that I think we can use in our everyday lives, so just applying that to sports data wasn’t a huge leap for me because I love sports.”

But the journey to landing a job post-graduation was an arduous one. As a self-professed devout lover of hoops, Kelly’s dream was to work for an NBA team, but the competition was stiff. She interviewed with at least ten teams with no luck. And as expected, the candidate pool was unevenly skewed. “When I was looking for a job after school, nine times out of ten, it was literally only me and the men I was going up against. And so it was really hard.”

Tiffany’s upward climb into tech isn’t uncommon for Black women in the US. According to Built In, 49% of women applying for STEM jobs reported experiencing discrimination during the hiring process. Black women especially face a lack of representation on the job market at a mere 18% of entry-level STEM positions compared to their white female counterparts, at 35%. Even as pipelines expand and more diverse learning opportunities emerge - such as certification programs and boot camps, the journey often halts between the interview and the offer letter.

Tiffany’s big break would come a year later when she presented a model at the MIT Sloan Sports Analytics Conference, sponsored by sports media giant ESPN. “I didn’t know they were actually hiring, so after I presented they interviewed me on the spot,” she remembered of that fortuitous encounter. “They hired me I think a couple of weeks after that and I moved to Connecticut a couple of months after that. It was all very quick and random and I kind of didn’t expect it to happen.”

“I knew that I wanted to build something that would help athletes get acclimated into the world of user-generated content.”

Kelly was officially the first woman of color on ESPN’s sports analytics team. She had successfully challenged both gender and racial stereotypes as a numbers cruncher in a traditionally male-dominated field. But it can be lonely being the first and only, and with no blueprint to follow and no role models to consult, Kelly felt isolated. She turned to her parents for support.

“I think that just chatting with them about things that I had gone through and the isolation of it, being super difficult, and being the only one in my department at ESPN helped. I actually connected with other colleagues and friends in the company in different roles who also had similar experiences. They weren’t the only ones but it was few and far between for them so they could kind of empathize.” Eventually, that solitary feeling would prove to be the catalyst for Kelly’s departure from ESPN. That and a desire to start her own company. The industry was undergoing a shift from traditional media to user-generated content and a proliferation of influencers and creators. The changes in media consumption were especially rife with opportunities for athletes. In a serendipitous turn of events, the NCAA agreed to allow student-athletes to earn money from their names, images, and likenesses. Kelly identified this gap and moved to fill it with Curastory, a video platform that streamlines the path to monetization for creators and plugs brands into the influencer orbit.

“I knew that I wanted to build something that would help [athletes] get acclimated into the world of user-generated content, content creation, content monetization, and knowing that a lot of people would take advantage of them,” she explained. “Just by themselves, they’re a 1.1 billion dollar market which is pretty crazy.”

Well aware of the hurdles of funding as a solo Black female founder, Kelly decided to crowdfund. “I didn’t want to put myself out there without being able to have some chess moves in my back pocket,” she shared. Curastory’s first pre-seed raised $155,000 — an impressive number for a minority helmed start-up. The company also recently scored a major endorsement from the NCAA as an approved platform.

But venturing out on her own has come with some drawbacks. “I’ve had investors saying that I have an attitude, I’m an angry person, and it’s just so hard knowing who I am, and knowing if I was anybody else that this would have never been said to me. If I was anybody else asking for clarification, me just being blunt, and an open person, and not disrespectful, it’s just really frustrating because if you’re a white male you’re just doing business.” Kelly also battles sexism, once even having to thwart an unwanted advance from a colleague. She summed her experiences up, “The plight of being a Black woman is that you walk both lines — you are getting the sexism and you’re also getting the racial aspect.”

However, the tenacious founder remains undeterred. Always an optimist, Tiffany uses her role as CEO to make a change. For one, diversity is a priority reflected in Curastory’s founding team. “I think we actually have more minorities on our founding team than not so that’s really big for me and I care about it a lot because I went through it.”

Tiffany also tries to help make the path to business leadership less bumpy for women who look like her. “I want to get to the point where the Black women that call me and are starting their own company don’t even have to deal with [sexism] in the slightest.” Kelly acknowledges that we’re still a ways from that level of equality and co-existence, but insists that it would bring monumental change to STEM - especially in leadership.

Kelly’s most redeeming quality? An unwavering belief in herself - a value Kelly’s parents instilled in her. She hopes that her assuredness is what resonates most with the women she encounters every day.

“I think it’s just all about encouragement and inspiring people. Get out of that comfort zone and do something that you would have never imagined.”