5 Cloud Trends That Are Leading Innovation 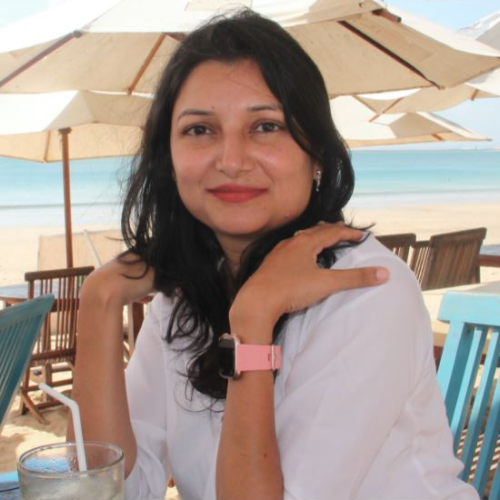 Susnigdha Tripathy is a Singapore-based passionate freelance writer and editor who specializes in writing about technology, remote work, and productivity.

It's been a big year for cloud, but these emerging frontrunners seem to be leading us into a bright new future.

Over the past few years, cloud computing has taken the industry by storm and drastically changed the way organizations function. Today, firms are increasingly relying on cloud-based infrastructure and applications to deliver critical services to their customers.

As the cloud computing market matures, cloud infrastructure is becoming less siloed and solutions have become more specialized to meet an enterprise’s needs. On top of that, businesses that have adopted cloud computing have been able to leverage the power of the cloud to their own advantage. A report by McAfee pointed out that 87% of companies experienced business acceleration from the use of cloud services.

Given the developments in the cloud space, companies are now more willing than ever to invest in and adopt a cloud-first approach. A Gartner forecast states that the cloud computing market which was just $182 billion in 2018 is expected to grow to $289 billion by the end of 2021.

But considering the breakneck pace at which cloud computing is growing, it’s difficult to predict the exact manner in which it will evolve. However, some trends that will shape the future of the cloud are now becoming clear.

Quantum Computing Will Become a Reality

In the last couple of years, quantum computing has moved from the realm of physics books into something that enterprises might be able to use in the workplace. Companies like Microsoft, Lockheed Martin, Alibaba, Toshiba, and Righetti, have also jumped onto the quantum bandwagon. Why?

The answer lies in the “superposition” principle of quantum mechanics. A traditional computer performs calculation sequentially whereas quantum computers, because of superposition, perform calculations simultaneously, thus processing information at hypersonic speed. This opens up the possibility of improved AI capabilities and accelerated business intelligence that can revolutionize the way businesses run.

Last year Google announced that they achieved “quantum supremacy” with the development of “Sycamore”. The impressive 54-qubit processor was able to perform a task in 200 seconds, which would have taken the world’s fastest supercomputer 10,000 years to complete. Although these figures were met with skepticism by IBM (the company that makes the aforementioned supercomputer), Google successfully demonstrated their potential foothold in the quantum computing market.

Somewhere around the same time, Amazon launched Braket, a quantum computing service that allows users to get hands-on experience with quantum technology. And in February of 2020, D Wave, the world’s first commercial supplier of quantum computers, launched Leap2, its next-generation quantum cloud service that will give developers real-time access to its quantum hardware system.

Quantum computing is surely going to rule the future, but at present the industry has yet to find methods on how to implement it on a large scale.

As businesses gain more expertise in cloud adoption, the transition towards hybrid cloud services is understandable. Hybrid clouds, which are a combination of on-premises infrastructure, private and public clouds, offer seamless communications and orchestration between these diverse environments.

Hybrid cloud is also an attractive choice to those uneasy about being locked in with one vendor. Some companies prefer to pick and choose the features of their choice of cloud based on the vendor’s strength.

Currently, the hybrid cloud market is ruled by the “Big 3 hyperscalers”:Microsoft, Amazon, and Google. While Microsoft’s Azure Stack allows consumers to access different Azure cloud services from their own data centers, Google’s Anthos, an open platform allows the running of applications on-premise as well as with rival cloud providers like AWS and Azure.

On the other hand, AWS Outposts from Amazon offers a seamless hybrid cloud experience to organizations by giving them a fully configured service and allows them to run APIs, AWS services, and other AWS tools at any location of their choice.

By making the move to a hybrid cloud, businesses are experiencing better collaboration, greater flexibility, faster application deployment, and increased savings. Most importantly, organizations are able to exercise more control of their data as they get to choose which resources and applications to put in the public cloud and which ones to keep on-premise.

Edge computing refers to processes where data generated by devices are evaluated closer to the source of data or at the edge of the network rather than being sent off to the cloud for computation. With the mind-boggling data that is being produced today thanks to the proliferation of IoT devices, sending all of this data to the cloud for processing makes little sense when you factor in bandwidth costs and latency. Therefore, the need for edge computing.

A Gartner estimate reveals that in five years, 75% of enterprise-related data will be processed at the edge, up from the current figure of 10%. A natural corollary to the proliferation of IoT devices, it is expected that as AI, IoT, and machine learning become more prevalent, businesses will naturally gravitate towards edge computing.

The benefits of edge computing are undeniable. Since data is processed at the edge of the network, it enables real-time data processing. This reduces latency and allows customers to access information faster. Also, since in edge computing there is no need to maintain a dedicated data center, organizations can adapt quickly to the changes in the market leading to increased scalability.

However, with all the enormous potential edge computing has, it comes with certain riders. Experts feel edge computing gateways are more prone to security breaches as they work in a decentralized manner. Further, deployment of edge computing technology can add to the overhead costs.

So, when it comes to implementing edge computing for business, a one-size-fits-all approach doesn’t work. Instead, companies will have to decide on a case-by-case basis whether edge computing suits their needs or not.

Kubernetes Will Continue to Dominate the Market

Containers are an important component of cloud-native technology and among containers, Kubernetes is, without doubt, the go-to tool for organizations looking for a single platform for deployment of applications across clouds. What makes Kubernetes so popular is the fact that not only does it automate the entire process of deployment of containerized applications, it also standardizes the orchestration of perhaps thousands of containers and supervises their health over time.

In a poll conducted by Stackrox in 2019, 86% of users reported using Kubernetes to orchestrate their workloads. This shows the dominant position Kubernetes has taken in the market.

In the future, many more companies are going to select Kubernetes, as it will give them a platform where they can run containers on clusters of virtual or physical machines. Thanks to its container-based environment and the ability to work on a mix of clouds, Kubernetes is going to become the preferred interface for organizations that cannot manage multiple computing environments within the enterprise that comes with IT infrastructure, leading it to be deemed chaotic.

Serverless Architecture Will be the Way Forward

A 2019 Forrester’s report states that 49% of companies are using or plan to use serverless architecture in the next 12 months. Touted as a scalable and cost-effective option for application deployments, it is believed that serverless technology will bring about major changes in the cloud computing space.

In simple terms, serverless is a form of outsourcing where you pay someone else to manage your applications, servers, and databases. The company, then, no longer has to worry about hosting.. A third-party maintains the server which means enterprises can focus on the important tasks of innovating, coding, etc instead of spending time on back-end operations.

Driven by industry demands, cloud providers like Google, Microsoft, Amazon, and IBM have released their versions of serverless architectures with several additional open source software added to it.

Organizations that have shifted to serverless have reported faster development, cost reduction, and automatic scalability. But the current avatar of serverless is far from flawless. Vendor lock-in, security issues, and debugging are just some of the problems that need to be addressed for a smooth serverless experience.

Considering the exponential pace at which the cloud is growing, it can be difficult to predict its exact growth trajectory, but there is no doubt about it: cloud computing will be adopted by organizations in even bigger ways in the future. IDC estimates that by 2021, over 90% of enterprises will rely on a mix of clouds to meet their infrastructure needs. In the coming years, machine learning and AI will also become an integral part of businesses. It would, therefore, be accurate to say that the future of the cloud is indeed bright.

Diving Into the Chaos: Why Innovation Teams Need to Explore

Here’s Why The Cloud Is Changing Innovation